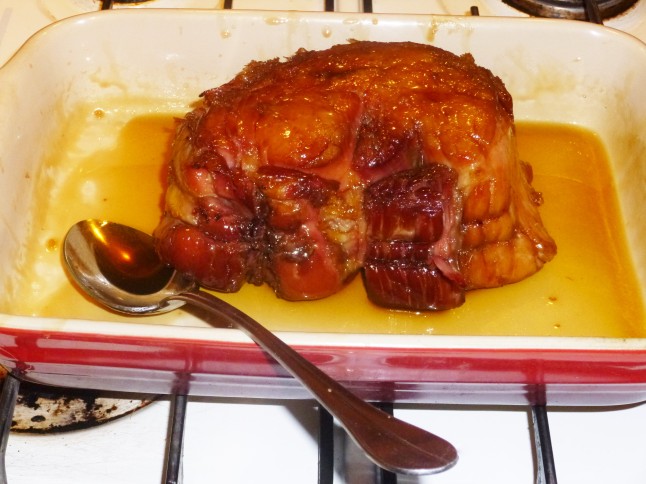 This ham gave us 2 lunches, a dinner and pizza topping! When you divide the price by four it works out really reasonable. There is something special about making your own ham and we bought this for Easter and have only just got round to using it. This is based on Gordon Ramsay’s Ham in his Christmas book and it is delicious the aromatic’s really penetrate the flesh and you get the sticky sweet bit’s on the outside. What is there not to love.